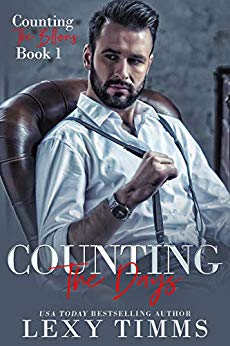 “He asked me what my favorite position was. I said CEO.”

Abby and I have been down this road before. Trying to put together a relationship.

But I messed everything up that time.

There’s no sign that things will be any better this time, but we can’t seem to stay away from each other.

If she doesn’t want to be in the public eye, then so be it: we’ll keep our relationship a secret.

How long will that work for? And can we still be there for one another if we’re constantly hiding?

Maybe we need to redefine the terms of this. But if I lose her over this, I don’t know what I’ll do.

Note: The author would like to let you know that this is a 3-part series that will end on an HEA.

Abby, an intelligent business woman that can’t seem to find satisfaction in any of past jobs. Abby appears to be a wanderer, not staying at any job for longer than 6 months, she finds that work becomes boring and no challenging enough. While Abby is on her quest to find a job that will test her skills, and hold her attention to longer than a 6 month period of time, Daniel the CEO of his late fathers company is in need of a new higher.

Daniel. While Daniel is made out to be this playboy billionaire who doesn’t care about females, it turns out (surprise, surprise) that he is actually very loving and caring. Daniel has set out to prove himself to Abby that he isn’t what the tabloids paint him to be.

The storyline itself was captivating, I did enjoy where the story was going and then of course, a cliffhanger. Not that the cliffhanger itself was that much of a shock, but where the cliffhanger took place was very blah. I found the story to be very repetitive, we know Abby has a history what that history is, we don’t find out in this first book of three. We also know that Abby has believed every word from the tabloids although she says she doesn’t, she immediately judges Daniel on what others have had to say. There were many eyeroll moments for me while Abby continued the battle of being an adult and handling the situation or letting others make her decisions for her.

I’ve realized that I want to see wh ed re this relationship takes Daniel and Abby, hopefully the two of them can become a power couple and run the business together.

Let me know how you feel about the thought of judging someone based on what the internet says. Do you judge other based on the tabloids, or are you more of a judge of character?

Well until next time, be sure to Read THS.

Read This with Cydney

Reading books, and posting opinions, the real art of blogging. View all posts by Read This with Cydney